What are the P1 tests?

In the 2017-2018 school year, the Scottish Government introduced Scottish National Standardised Assessment (SNSA) at Primary 1, Primary 4, Primary 7 and Secondary 3.  The government’s information sheet for parents can be found here.

The tests are tablet based and Primary 1 children are required to sit one test in literacy and one in numeracy. Each is supposed to take about 40 minutes but in practice they often take longer.  Upstart’s reasons for campaigning against the use of SNSA tests at such a young age are given in our document Play Not Tests for P1 and summarised in the short video on About the Campaign. 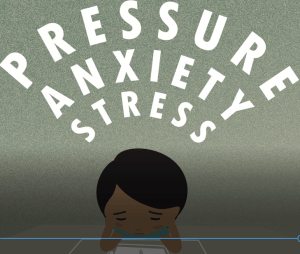 In early August 2018 there was a media outcry when a Freedom of Information question to the Scottish government revealed the extent of teachers’ anger, distress and frustration about the tests.  Reports appeared in the Herald, Scotsman, Telegraph, Daily Record, Times Educational Supplement (Scotland), Sunday Times, Scotland on Sunday (which also included a leader article (‘Experts know the best age for children to start school’). and many more. The story was covered by BBC Scotland and STV, and Lesley Riddoch wrote a powerful column in the Scotsman, urging government to rethink its approach to early years education.

The Scottish government responded that it would be reviewing all the SNSA tests for the next round of testing in school year 2018-19 and that the process should be ‘fun’ for young children (reported in the Herald). But the controversy continued, not least because of great confusion at government level over the right of parents to opt their children out of the tests – press coverage of this is included in our September newsletter.

Media interest in the topic mounted when all the opposition parties called on the government to drop the P1 SNSA and a parliamentary vote was tabled for 19th September. In the run up to the vote a letter to the National from the highly-respected Professor Brian Boyd summed up the feelings of many in the educational world. Upstart particularly enjoyed two pieces in Bella Caledonia during this period, a review of the political controversy by James McEnaney and a lovely piece about Angelic Upstarts by Mike Small. On 17-9-18, Common Space gave Upstart the chance to state our position before the question went to Parliament.

A debate was held in Parliament on 19-9-18 (see the televised broadcast here) and the motion to halt the P1 tests was passed by 63 votes to 61. This was, of course, widely reported in the press, e.g. the Herald. However, the Scottish Government immediately announced its intention to continue with P1 testing, thus ignoring the will of the Scottish Parliament. 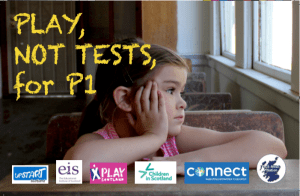 Since then, councillors in several local authorities have started investigating whether they can boycott the tests, greatly annoying the government and unleashing fierce debates in council chambers, as these reports from Glasgow and Fife illustrate. Although Fife has voted for a boycott, they intend to use alternative tests in 2019 – Upstart agrees with EIS in the TES Scotland that this rather defeats the point. It seems the pursuit of children’s best interests has been completely lost in all the political wrangling.

In the closing months of 2018, two reviews were announced:

– an independent review of the P1 SNSA, to report in May (chaired by English academic, Professor David Reedy) 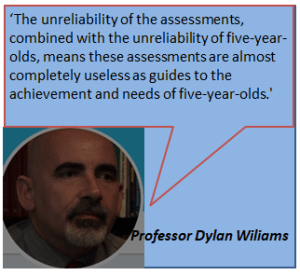 Presumably, the government hoped this would kick the controversy into the long grass for a while; but it continued to crop up in the media. On 7-1-19, the Scotsman summarised all the evidence to be presented to the Education and Skills Committee during January (useful if you don’t want to plough through all 100 pages.) Then, as the Committee met for the first time, the Herald revealed that the Scottish Government was misrepresenting top academics by saying they support P1 testing when they don’t (first revelation on 9-1-19, second on 10-9-19). 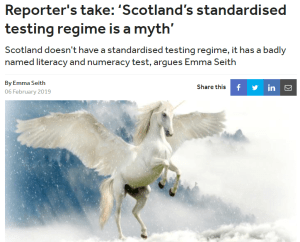 found in the Scottish Parliament TV archive. Sue Palmer, the Chair of Upstart, gave evidence on 30-1-19 and followed up with a piece in the TESS; other critics of SNSA appeared on 6-2-19, James McEnany who also wrote on the subject in TESS. A piece by Emma Seith summed up the general atmosphere of confusion and unreality. The Committee’s final report should be available here.

Sue Palmer presented evidence to Professor Reedy of the P1 SNSA Independent Review on 27-3-19 and Upstart’s written evidence was submitted later.  However, when the Review was published on 11-6-19 (read it here), it did not cover Upstart’s main concern about the knock-on effects of the P1 SNSA on the curriculum for five-year-old children. As indicated in this blog, Professor Reedy’s remit was limited to the content and delivery of the SNSA which, as opposition MSPs pointed out, was the best way to deliver the result the government wanted. Upstart was invited to send a response to the Education and Skills Committee, in which we outlined our concerns. 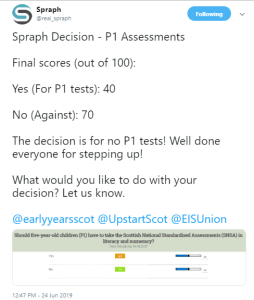 We also had the opportunity to put our arguments via an online public debate organised by an independent company, Spraph. This debate ran from 3-6-19 to 24-6-19 and the case against the P1 SNSA (which attracted far more arguments and evidence than the case in favour) won by a clear majority.

And the controversy lingers on. We became even more concerned about the conclusions of the Reedy Review when, on 30-8-19, the Deputy First Minister insisted in a newspaper interview that, “It is nonsense to suggest this report provided anything other than a clear recommendation that P1 assessments should continue. Any suggestion to the contrary is a gross distortion of the truth. A clear majority of P1 teachers believed the children in their classes had a positive experience overall, with more than 90 per cent of children saying they were happy doing the assessments.”

He was referring to a 184-page survey of P1 teachers’ response to the P1 SNSA, which we have analysed as showing:

33% were ‘highly critical’ about the P1 SNSA

33% were ‘generally negative’ about it,

31% were non-committal either way

Around 50% mentioned that children were stressed or distressed, and many wrote about children being bored or distracted.  Here are some quotes:

“I do not feel comfortable carrying out the P1 SNSA. I think the test is hugely flawed, gives poor information compared to my own professional judgement and is not in line with how P1s are taught.”

“I haven’t used any of the data as it seemed meaningless. The literacy assessment was set at a much higher level than the Early Level benchmarks.”

“It was an awful experience for the children and adults alike, for no good reason and for data that was vague and limited in its ability to address the children’s difficulties or help us to address whether a level had been achieved.”

“I feel that this process has harmed the confidence of many of the learners in my class that I had spent a school year building up.”

“SCRAP IT, it is a complete waste of time, energy and resources which would be so much more beneficially used elsewhere.”

“The whole process is developmentally inappropriate for the P1 level.”

So, although the P1 SNSA will continue, the debate is by no means over.  Upstart will continue to argue that – for well-established developmental reasons – the under-sevens should not be assessed in literacy and numeracy against age-related standards.  As further evidence emerges about the most appropriate type of education/care for this age group, P1 testing will eventually have to be abandoned.

(See also About the Campaign.)