What About The Children?

One mother’s view of the 1140 hours childcare expansion, by Claire Hudson 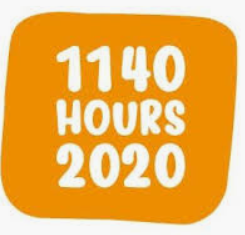 I first heard about the childcare expansion in 2018 when my youngest child went to nursery. It was just parent chat back then: ‘There’s free childcare coming!’  But it worried me.  I thought: ‘Childcare can’t be free – nothing’s free in life. Looking after little kids is a really demanding job so if they’re going to do it properly, someone will have to pay out big-time.’

I’m lucky because my husband has secure, well-paid work so I’ve been able to stay at home and look after our two boys. For me, parenting means caring for your own kids – you need to spend time with them, get to know them inside out, provide all the nurture that will see them through in the future. 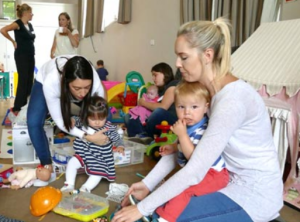 But they also need to play with other children and nowadays it’s not safe to send them out to play like parents did in the past. I can see that we do need some sort of organised childcare facilities for wee ones so they learn social skills. In fact, I’m a big fan of playgroups, where parents can go along with their children. Then while your kids are playing, you can have a chat, have a coffee, learn from each other. That’s what mums and grannies did in the past – parents have always needed support in how to look after their children because it’s darned hard work!

I also put our boys in nursery when they were three, but only for a few hours a day. It’s the local school nursery, where the staff are older women, experienced nursery nurses. I adore them. They have a really good relationship with the parents and they really nurture the kids … just sort of cuddling them along! 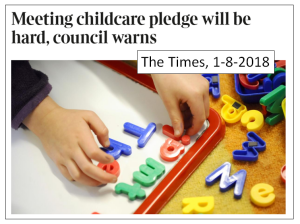 Anyway, I finally found out what was happening with the ‘free’ childcare last September. There was a parents’ meeting at the school and from what I could make out it’s a bit of a postcode lottery what the ‘free’ provision will involve.  But from next August, our school nursery will be open from eight in the morning till five in the afternoon. We can put our children in for full school days in term-time or half days for the whole year. And you can pay for extra hours round the edges of the school day too.

This sort of thing is now going to happen right across the country. Apparently the government has been frantically building new nurseries, recruiting new childcare workers and providing a quick-fire training course. A whole new workforce, with no experience, and training that’s been cobbled together at the last minute! How’s that going to work?

Click here for a blog by one of the trainers:

As far as I know, no one asked parents about this and they certainly didn’t ask the early years workers if they wanted to work such long hours. Many of the staff at our nursery are parents themselves, so they’ll have to organise childcare for the extra hours they have to work. Or maybe they’ll just leave and there’ll be even fewer experienced staff to work with the children.

What’s it for and what will happen? 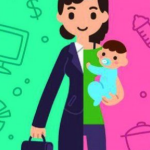 People from the council came to talk to the parents and there seem to be two reasons behind the expansion. The first is that it gives mums the opportunity to return to work.  Well, I’m doubtful that’ll happen because it’ll be hard to find jobs that fit with the ‘free’ hours on offer.

(Except maybe via the quick-fix training course for early years practitioners? “Mums! Here are some ‘free’ childcare hours! So now you have all this child-free time, how about getting a job looking after somebody else’s children?” It’s a joke!)

The second reason for the ‘free’ nursery expansion is that it’s supposed to help children do better in school. I don’t believe that either. How will it help kids to be left for long hours with inexperienced staff, people who’ve been trained up at the speed of light? I wouldn’t want my little kids looked after by some vaping teenager! 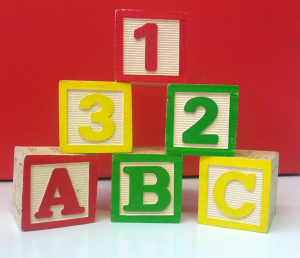 I wouldn’t want the nursery worrying about children’s education at that age either. Three- and four-year-olds should be in a care setting with properly trained nursery nurses. I mean, if children are interested in reading, writing or counting, nursery nurses would support them, the way a caring parent would – but support isn’t the same as ‘teaching’. School nurseries are under the supervision of head teachers. They’re trained in primary teaching, not early learning and care.

And what about during the school holidays when the heads aren’t there? Apparently, there’ll be some sort of area managers, who’ll take over responsibility. What would they know? Well, they wouldn’t know the children, that’s for sure.

I asked if this whole new system has been trialled but of course it hasn’t. Our children are being used as guinea pigs. And it really worries me that, as soon as the education authorities start herding children into nurseries for free, it’ll become the norm. What’ll happen to the relationships between the parents and their children? You don’t learn about your child by 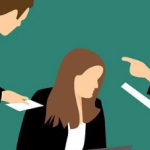 handing them over to someone else and going to have a Costa.

I told the council people what I thought and they told me to shut up! So that’s it then. It’s just going to happen and everybody has to suck it up, whether they like it or not.

What about the children? 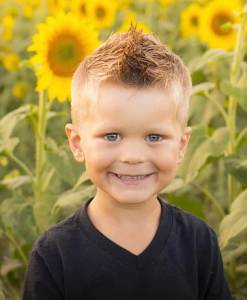 There’s another group that wasn’t consulted about this big childcare expansion. The children. I can’t imagine many of them would prefer to be banged up all day in a big institutional building, rather than with mum or dad at home. Mine loved their nursery because it was small, with staff who really got to know them – and me. They had fun playing with the other children. But it was only for a short time, then they came back home with me.

Some of the new nurseries they’re building are massive, and I bet there’ll be a big staff turn-over when many folk in this brand-new quick-fix workforce realise it’s not for them. So what’s going to happen to this generation of children, whose earliest memories will be of being in an institution for most of their waking hours?

Here’s what I think. In ten years’ time, we’ll have a whole lot of damaged kids. Because the government and the local authorities haven’t thought this through properly. And they haven’t invested enough time and money to do it properly either. The best care for little children isn’t based on getting parents back to work or raising educational standards. It’s based on giving kids the security, love and fun that will help them thrive all throughout their lives.