Unready at four, ready at seven

My son has always been a great talker and confident so – although he was born in December and only four when due to start school –  we assumed he’d be ready for it. He wasn’t, and we faced huge resistance in doing what was best for him. So much so that we wrote a blog to make other parents aware of their rights in relation to deferral.

When we filled in our little boy’s school form in December 2012, he showed no signs of wanting to read or write, but we assumed it would come. The nursery assured us he would be ready by August. However, as summer arrived and he was actively resisting any efforts to put pen to paper, we became increasingly concerned.

He attended a sports activity club over the summer holidays and we were shocked to hear his behaviour was causing concern. He was running into other children, was overly physical and was touching, pushing and attempting to lick or bite. He was shouting out, unable or unwilling to stand still, rolling around, crawling around. He found it difficult to follow three step instructions.

Our son is a sweet, gentle boy, and we had never had feedback like this from anyone. On reflection, the school nursery was free-play and this was the first time he had had to follow activity instructions for four hours, and do many things he didn’t want to do. We now see he lacked the emotional maturity, the resilience and the motor skills.

Although it was July, we decided to defer him and arranged a meeting with school, in August. We assumed that, with all the evidence we had provided showing he wasn’t ready for school, that even a last-minute deferral would not be a problem. After all, how can every child’s school readiness be accurately predicted nine months in advance? But the school told us that the nursery was full, and purely on that basis, we decided to try him at school. We were reluctant to put him into another nursery, away from his friends, difficult to get to. 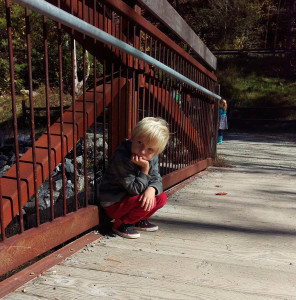 He didn’t take well to school. He had frequent tantrums in the mornings and had to be carried into the building. He was very reluctant to do homework, squirmed and couldn’t sit still. He was “reading” the books from memory because when the words were written on paper, he couldn’t read them. He got frustrated and angry. He began hitting his friends, something he’d never done before. He refused to show off his Learner’s Journal to an aunt in October, saying: “I’m hiding it. It’s rubbish.” This sweet little boy, bright and talkative, was already so aware that he lagged behind others, that he felt badly about his work. He still wasn’t even five.  I felt we were losing him, that his personality was changing.

However, he was apparently behaving well in school. They didn’t recognise the issues and so refused to accept what was happening at home. We now believe that he was doing his best to behave in school but all the pent-up frustration and anger was coming out at home. A common phenomenon, but ignored by them. As a teacher myself, I know this well.

We decided in the November to remove him from school and return him to the nursery. We were again told the nursery was full – except we had managed to find out that it wasn’t -. It never had been. The school and council tried to reassure us over the next two months that they would meet his needs in school and that he would receive additional outside help if required. They told us our only option was to keep him in school or to home educate, that returning him to nursery was not an option. However we were still convinced that a return to the nursery setting, where his best friends still were, that he continued to attend for wraparound, with the emphasis on play and lack of formal learning, was in his best interests. We had a complete difference of opinion from the school and council, and each side was determined to get its own way.

We finally withdrew him from school in late January, against the wishes of the school and council. We were threatened with legal action, and were denied a nursery place or even the chance to pay for wraparound care within the nursery during school hours. After a five week stand-off, he was granted the nursery place, but the council began to insist we had never been told the nursery was full.

Within a couple of days of leaving school and going to a childminder, our son’s behaviour at home dramatically improved. The tantrums were now a couple a fortnight, not several per week. The hitting stopped. He was clearly relieved not to have to read or write. He fitted back into nursery very well, and within a few weeks, it was as if he had never been a school child. His personality returned. I said to my husband, “It feels like we’ve got him back.” We had been expecting longer-term benefits by removing him from school. Neither of us had looked for such an instant improvement, especially since in January, he had shown some signs of beginning to settle better at school, and in the end, our decision to remove him had been a marginal one.

When he re-started Primary 1 (at a different school) aged 5 years 8 months, he still wasn’t keen to do reading and writing, but there was a marked improvement on the year before. There wasn’t the same reluctance to do homework. His progress was much better, and in line with what we would expect. His PIPS scores were far higher. He was more confident, and not so small compared to the other pupils. He was a normal P1. But I would have started him later, if I could, because he would have been perfectly happy not to be in school. The lack of desire to read, the happiness and absorption when playing, the desire to be out climbing, all told me he could easily have waited longer. He still fairly often said he didn’t like school.

He is now in P2, and in early October we noticed a further change in him. He now voluntarily tries to read when he doesn’t have to. I caught him trying to read one night at 11pm and was just so delighted he was reading that I couldn’t give him a row. He enjoys the formal side of learning in a way he didn’t before. His teacher noticed this too, and said his writing has recently got smaller, showing better fine motor control. It’s not a coincidence that he is approaching his seventh birthday. 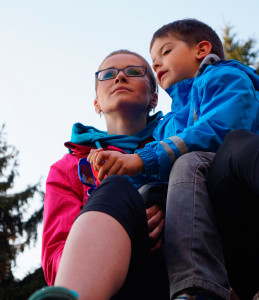 I am so grateful, to ourselves I guess, that we took the action we did. However, I wonder if starting school aged five rather than seven means he is less likely to enjoy reading when he is 11, or have lower comprehension skills, as studies suggest. He’s a sensitive wee boy and I wonder if his long-term resilience and emotional stability would have been better served by a later start. I would rather he had been begging to learn to read. But we did everything we could, and his current school is fantastic.

My overall experience is of a system weighted in favour of schools and, more importantly, in favour of councils. Many councils appear to have a policy against deferral. Each deferral means the council has to fund an additional year of nursery A place comes in at approx. £1,700 per child.

Parents who want to defer, particularly for children older than January-births, are fighting against the system. In our case, we weren’t even fighting with accurate information – we were repeatedly told things that weren’t true. Policy appears to trump individual considerations, to the point where parents are sidelined and ignored. If parents disagree and insist on taking their own decision, they are labelled as “difficult.”

My guess is that many parents of August-December children don’t even know that deferral is a serious option and a legal right. It is only the additional year of nursery which is discretionary. Even if they do, it’s wrong that councils can deny them a nursery place and thereby force their child into school. It’s wrong that if a child is denied a nursery place, then they are denied continuity, with their friends, even where nurseries have space. It’s wrong that some people can afford to defer, but others can’t. It’s wrong that school nursery staff are not free to tell parents their professional opinion that deferral would be in the best interests of their child. It’s wrong that headteachers and school staff are told by council staff what they can tell parents and what they can’t. 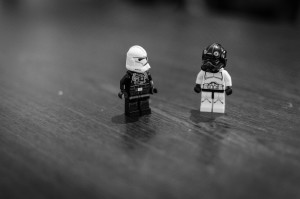