As parents around Scotland consider whether they want to opt out of the P1 tests,  Shelagh Young, Director of Home-Start UK in Scotland, reflects on the challenges they face in deciding what is best for their children. 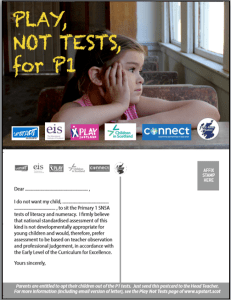 Upstart Scotland’s campaign to encourage parents to opt their children out of tests is certainly timely – recent news that some of Scotland’s youngest children burst into tears when faced with a new school testing regime pushed all my buttons.

Along with painful memories of my own epic test fails are the twinges of guilt I feel for never knowing whether I did the right thing for my own children. The difference between my English primary school in the 1960s and their education was not as vast as I would like – stress over testing has been a very real experience for me – both as a child and as a parent.

One of the smartest moves I ever made was moving to Scotland where my children – freed from the depressing treadmill of newly invented literacy and numeracy hours – could once again relax and enjoy a more creative approach to learning.

But that journey was not all good. I later had to face up to the painful knowledge that one of my children had ended up on the wrong side of the attainment gap. His teachers had either not noticed or declined to mention just how far he was lagging behind his peers.

Would testing have nipped that problem in the bud? And if I believed an allegedly non-threatening “standardised assessment” could have picked up on his problems earlier would I have wanted to opt him out of testing if I could? 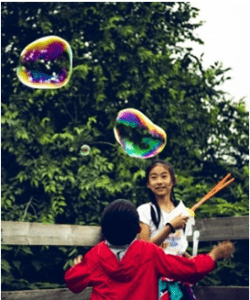 In China testing for under sevens has recently been banned. There, kindergartens are required to switch from formal learning to play-based activities instead.

Is China doing the right thing? Is teacher-led continuous assessment going to prevent children from falling beneath the radar?

Importantly, how do we know how effectively schools are using resources, such as the Pupil Equity Fund which is designed to help improve educational outcomes for the most disadvantaged pupils, without baseline measures?

Upstart Scotland’s Sue Palmer offers a clear response to any parent who thinks testing will provide a reliable early warning system or a better school experience for four- and five-year-olds:

“There is plenty of evidence that testing children at this age has no statistical reliability,” she says, “It does, however, lead to greater concentration on specific skills teaching; growing anxiety on the part of parents, teachers and children; and less time for what research tells us the under-sevens really need: learning through play.”

At Home-Start learning through play is what we want every parent to be able to offer their children. In 2017 we launched, Big Hopes, Big Future, a programme designed to help parents find ways to bring playful learning into the family environment.

It is crucial for parents to understand that success in formal education is not all about numbers and letters. Children develop the social, emotional and behavioural skills needed to thrive in school when their parents listen to them, chat with them, play with them, set simple routines and manage their own emotions well enough to help children feel safe and nurtured. These simple things make such a vast difference that teachers are already asking us if we can continue this work right throughout the first year of school.

The nature of testing has changed since my schooldays but there is evidence that the risk of raising anxiety in children and losing creative, playful learning time to “teaching to the test” remains.

Would I “opt-out” if I had my early years parenting time over again? Yes I would.