There is Hope: thoughts on ‘The Divided Brain’ 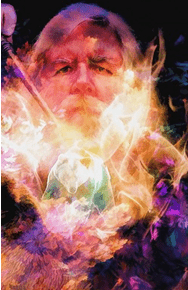 Once upon a time, there was a wise man who ruled over many lands. His people called him the Master. They flourished under his rule for, although he was hard-headed he was also kind-hearted, just but generous, and he had a wide, open-minded understanding of their needs. As the Master’s fiefdom prospered and grew larger, he appointed an Emissary to assist him in his work. 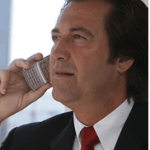 The Emissary was intellectually brilliant and soon discovered many ways of increasing the Master’s wealth and influence. But as time went on and his own power, riches and status increased, he began to question the Master’s judgement and fitness to rule. Perhaps it was time that he should become the supreme ruler? Slowly and with great cunning, the Emissary manoeuvred himself into control, usurping the power of his Master… 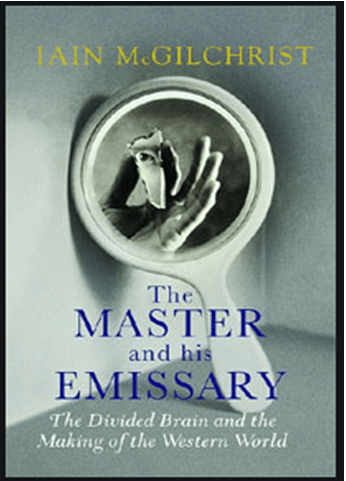 In 2009, Professor Iain McGilchrist published a book called ‘The Master and His Emissary: the Divided Brain and the Making of the Western World’. In it he argues that our brain is divided into two hemispheres is so we can understand the outside world in two different but complementary ways. The left hemisphere is strategic, narrow in focus and sharply attuned to detail; the right side of the brain has a broader vision, assimilating a wide range of information in a more holistic, generous, ‘humane’ way.  We need both sides of the brain to work together in harmony, as illustrated by the wise Master.  But over time our culture has come to favour a left hemispherical approach, as epitomised by the Emissary, and has thus been thrown out of balance. 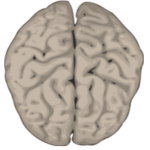 Reaction to Professor McGilchrist’s theory was mixed. Some authorities dismissed it; others hailed as the most important idea since Darwin.  I’m with the second camp. Reading his book ten years ago, I had ‘a light-bulb moment’: suddenly I understood why the world sometimes seems completely mad! Our species has become so locked into a left-hemispherical obsession with bureaucracy, data-gathering, measurement and accountability procedures that we’re failing to tackle the steadily growing threats of this imbalance to our well-being, society’s well-being and, indeed, the well-being of our planet. 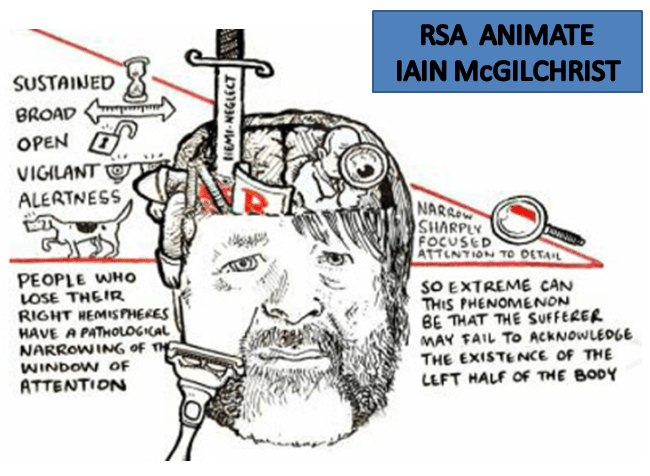 I was researching child development at the time, so contacted Iain McGilchrist and asked for an interview. We met in an Indian restaurant in Sevenoaks, Kent, and I was hopelessly tongue-tied throughout the evening. He turned out to be not only the cleverest person I’ve ever met, but one of the nicest. (Yes, I am a devoted fan!) He’s also by far the best public speaker I’ve ever heard. So I’ve been raving about his book to anyone who would listen ever since and was delighted when a film company decided to turn it into a documentary film, to bring the ideas to a wider audience.

I was even more delighted when Suzanne Zeedyk and David Cameron decided to stage screenings of the ‘The Divided Brain’ around Scotland and that Iain (who lives on Skye) would attend the premiere in Glasgow. Please, please find seventeen minutes to watch this film of his Q&A session with David Cameron. Iain explains his theory clearly and shows that it’s a simple matter of choice to listen to both sides of our brains (the right hemisphere may have been sidelined, but it’s still there, in full working order!).  We just have to help as many people as possible to choose balance… and life! 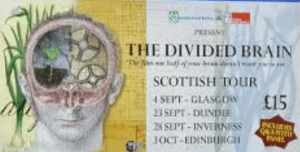 On 3rd October 2019, at the film’s Edinburgh screening (which was so over-subscribed they had to stage two simultaneous showings), I was part of the panel for the post-film discussion. Most of the audience were in childcare and education, and anyone working with young children has to be aware of the need for balance.  Apart from anything else, the two hemispheres develop at different rates over the first seven or so years, and cerebral growth spurts probably account for many issues with self-regulation.

It was a great thrill to see that, among the responses to the film gathered by Suzanne and David, there were many that registered ‘There is hope.’  I personally hope that the Dynamic Duo will be able to stage more showings around our increasingly ACE-Aware country but if you want to stage your own, the film is now available for hire on Vimeo (a fiver for forty-eight hours access).  I recommend watching it twice!