The Silence of the Weans

This blog first appeared in Gaelic in Naidheachdan:AAA, February 2018 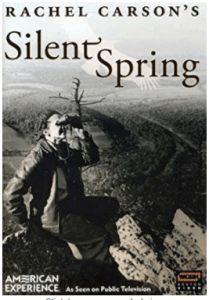 Sixty years ago, people walking in American country lanes noticed the birds had stopped singing. Their concern led to a book, Silent Spring by Rachel Carson, explaining how crop-spraying of DDT killed wildlife and wrecked the local ecology. As well as securing a ban on dangerous pesticides, publicity around Silent Spring brought the environmental movement to public attention.

Perhaps you’ve noticed that, over the last couple of decades, another sound has disappeared from our daily environment? When was the last time you heard the shouts, squeals and laughter of young children as they ran, jumped, climbed, built dens, made mixtures and played ‘Let’s Pretend’ in their local neighbourhood?

Upstart Scotland is a campaign aimed at focusing public attention on serious changes in the nature of childhood that are already having dangerous repercussions. The most significant of these changes is the decline of outdoor free play. 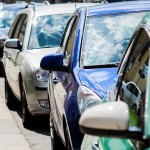 There isn’t one simple reason that children don’t play out any more. The build-up of road traffic, break-down of local communities and changes in parents’ working patterns are all implicated, as are the ready availability of indoor sedentary entertainment and a generally more fearful climate (probably related to occasional horrifying media stories about abduction).

But the reason we should be concerned about this loss is simple. 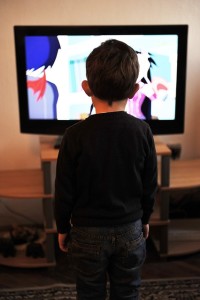 Active outdoor play is a biological necessity for long-term physical and mental health. As play has declined, we’ve seen more and more cases of childhood obesity, Vitamin D deficiency and other physical conditions with alarming long-term implications for the National Health Service.

Perhaps even more alarming is the increase in mental health problems among children and young people – now reaching crisis point in Scotland.  An article in the November 2017 edition of the medical journal The Lancet pointed out the links between this swelling tide and the decline of outdoor free play.

The reason it’s taken so long to recognise this emergency is that – from an adult perspective –  play doesn’t seem anywhere near as important as education.  We see it as just kids messing about.  And how can what wee ones do when left to their own devices be of any significance? Yet the evidence now emerging from neuroscience and evolutionary biology suggests that play actually has immense significance, not only for health and well-being, but for educational success. 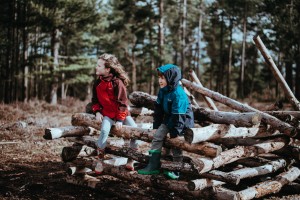 In fact, play is children’s inborn learning drive – it’s how evolution designed them to develop human capacities they’ll need to flourish throughout life.  ‘Messing about’ in the great outdoors develops children’s powers of creativity, adaptability and problem-solving; it’s also how they hone their social skills of communication and collaboration with their peers; and it’s essential for the development of personal qualities like perseverance, self-control and the emotional resilience they need for long-term mental health and well-being.

These qualities and capacities can’t be taught – either by teachers at school or computers at home – they have to develop in each individual child’s body and brain, in the holistic way decreed by evolution over countless millennia. And learning through play is particularly important in the first seven or so years, when children are establishing the neural networks that influence the whole of their lives.

Upstart Scotland’s message is that – like their counterparts throughout human history – 21st century children still need time and space to learn through play, as often as possible outdoors and in nature. Now that it’s practically impossible for most parents to ensure young children get enough outdoor play, we should learn from other countries who are weathering the 21st century cultural storm better than Scotland.

This is why we’re campaigning for a Nordic-style kindergarten stage for children between the ages of three and seven. Our aim is to alert the Scottish public and our politicians to

Only 12% of nations worldwide start school before the age of six – and all but two are former members of the British Empire! Scotland’s school starting age was decided by the Westminster parliament in the 1860s, when politicians wanted children off the streets as early as possible so their mothers could work in the factories.  It was also convenient that the sooner children started school, the sooner they could finish, and go to work in the factories themselves.

There’s never been any educational justification for this early start.  Indeed, every authority on early education – including Froebel, Montessori, Steiner and Malaguzzi – and the great developmental psychologists, Piaget and Vygotsky, maintained that children need play-based learning till the age of seven. 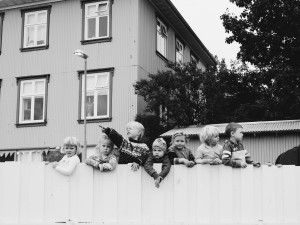 We managed to get away with it for over a hundred years, because children still played out around the edges of the school day, at weekends and during school holidays.  Four-, five- and six-year-olds would be out with their pals in the local streets, fields or wild places, making up for all that wasted time in the classroom!

But now that free play is in such serious decline, we can’t afford to go on rushing children into formal education at such an early age.  It’s time to stop aping England’s ‘schoolification’ of early childhood and look north to European countries with a long tradition of kindergarten. As well as doing better than us educationally, their children (and adults) have higher levels of health and well-being.

We may not be able to bring the joyful sound of children playing back to all of Scotland’s streets.  But by introducing a ring-fenced kindergarten stage. we can ensure that our youngest citizens have the best possible chance of flourishing in the future.