Scotland is in the throes of a health crisis. A sugar-laden diet and sedentary lifestyle, dominated by hours spent in front of a screen, are associated with record rates of dental decay, obesity, and the associated long-term health conditions of type 2 diabetes and coronary heart disease. Performance pressure in schools and in the workplace, and the challenges posed by social media, have produced a generation of children and young people reporting unprecedented levels of stress, anxiety and depression. Alcohol and drug misuse blight the lives of thousands. That’s the bad news …

It will take a generation to re-write the nation’s health profile and we have a duty to start now, whilst there is still hope for our youngest citizens. Hope lies in the wealth of research evidence that PLAY in all its forms has preventive and restorative capacities for all aspects of health, from early childhood and throughout the lifespan. That’s the good news! 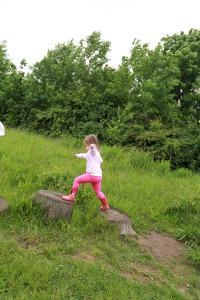 Active, physical play needs to be allowed, encouraged and celebrated as the natural state of young children. We may take delight in their first roll-over, marvel at the speed with which they can crawl away from us, and celebrate their first steps – but then we send them to school where they are told: ‘Sit still!’, ‘Don’t fidget!’, ‘No running!’. The demands of the traditional primary school classroom convey a powerful message that movement is bad and that ‘keeping still’ is what pleases the grown-ups. The irony is that within a year or two of starting school, our children are signed-up for extra-curricular exercise clubs to work-off their energy, improve their fitness levels and reduce their waistlines!

Opportunities for challenging, energetic play in the early years and beyond, allow children to develop physical skills and habits that will last a lifetime – and which may eventually save their lives. You cannot play computer games when you are climbing a tree, or eat a chocolate bar whilst up to your elbows in sand or mud. Government-sponsored ‘Healthy School’ programmes are well-intended but have been shown to have a limited impact because their motivation is extrinsic to the child. In contrast, children who have learned to enjoy using their bodies, and have discovered their physical capacities through play, do not need externally applied incentives to get moving; they grow-up as naturally willing, confident movers and shakers – in every sense.

Engagement with creative play – painting and crafts, dancing, clowning, imaginary and dramatic play – has been shown to have both a protective and recuperative impact on mental well-being and there is a well-established link between the decline in childhood play and the rise in childhood mental health problems. Giving children the space to be freely creative in their play generates and strengthens the neurological pathways that are responsible for creativity, inventiveness and adaptability throughout the lifespan. Play has been described as a ‘protective sheath’ against anxiety and depression and creative play produces healthy, creative individuals fit to face the challenges of modern life. 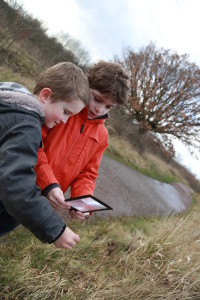 Playing together with other children teaches the rudiments of relationship building and reconstruction. Children learn through observation, imitation and experimentation – both of adult role models and of their peers. Learning how to be oneself in relation to others lies at the root of resilience. Playing as part of a group (at any age) fosters the feelings of identity and belonging which are crucial to personal well-being and to our capacity to make a positive contribution to our community and to the wider society. We don’t need to ‘teach’ our children social skills or ‘citizenship’ if they have had the chance to figure-out the intricacies of social relationships in their play.

Perhaps most importantly, PLAY makes us feel good! Play and joy go hand-in hand. We want our children to feel good about themselves, about their lives and about learning, because then they will be motivated to love and nurture themselves and their world. When we are given the time and space to get to know the world we inhabit, by playing in the outdoors and discovering all it has to offer, we will want to look after the planet. When we feel good about ourselves, we want to look after our bodies: to eat well and to own and celebrate our unique shapes and sizes. When we feel good about ourselves, we want to share that feeling with those around us by treating others with respect and compassion. A healthy child is essential to the creation of a healthy society.

A play-based early education, with the child at its centre, does not represent a shirking of professional responsibility nor is it an excuse for non-intervention. For children to be free to play, and to learn though their playing, they need the guidance and support of highly-trained and richly-skilled adults who know about child development processes and the nature of learning; adults who can contain and facilitate with equal ease and who know when to stand back and when to intervene. The introduction of a kindergarten stage to our primary schools is not about opting-out of early education but rather about demanding an enrichment of the learning experience with potentially wide-reaching benefits.

It is also vitally important for children’s health and well-being. The government has set worthy and ambitious health targets but the solution is so simple: For health’s sake, LET THE CHILDREN PLAY!

(Note: The author of this blog is, as stated above, Julia Whitaker – not ‘Julia Wilkinson’, as incorrectly named in the Newsletter.  Many apologies for the error.).

Gray, P. (2010) The Decline of Play and Rise in Children’s Mental Disorders. There’s a reason kids are more anxious and depressed than ever.

Panksepp, J. (2008) Play, ADHD, and the Construction of the Social Brain. Should the first class each day be recess?

Tonkin, A. (2014) The provision of play in health service delivery. Fulfilling children’s rights under Article 31 of the United Nations Convention on the Rights of the Child.