Learning in the great outdoors

On Friday 31st August I had the great pleasure of visiting Mucky Boots outdoor nursery in Aberdeenshire. Dawn Ewan the owner/manager had invited me as STV were coming to film for a news report. Recently the nursery had been granted a variation to its Certificate of Registration by the Care Inspectorate to provide daycare to children up to the age of seven. 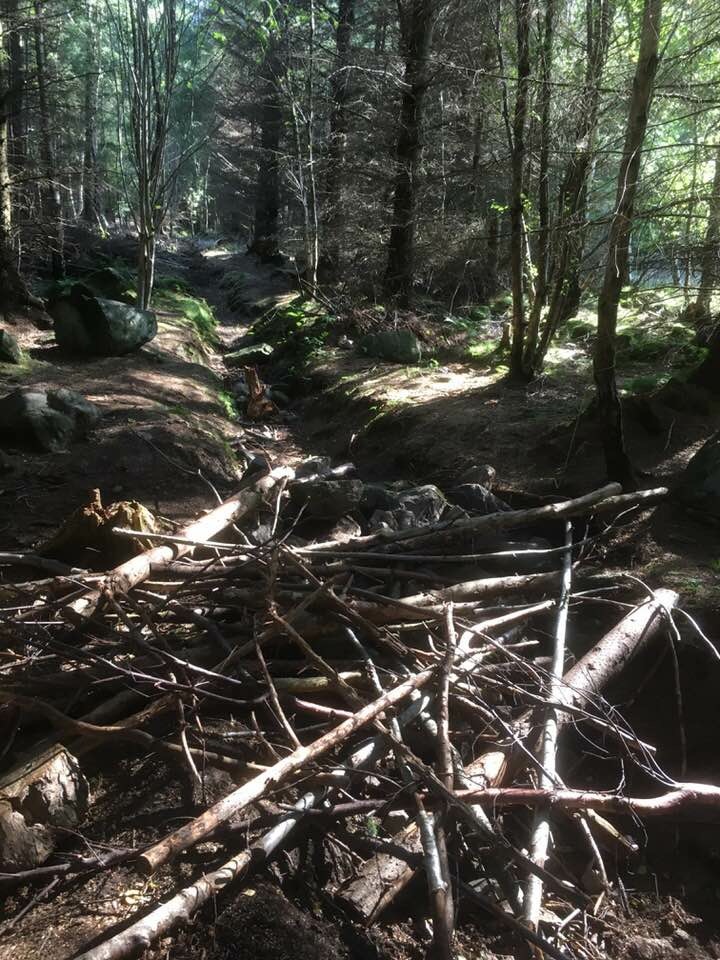 It was a lovely bright sunny day as I entered the wild Kirkton of Maryculter woods. I could hear the chatter and laughter of the children. I met Dawn when she came along to a nature pedagogy course I ran when I was manager at Woodland Outdoor Kindergartens in Glasgow. She was passionate about opening an outdoor nursery then and in 2017 she opened the first fully outdoor nursery in Aberdeenshire. It did not disappoint!

The children were going about their play without undue interference from the adults. It was truly child led. The adults joined in when appropriate to do so and skilfully engaged children in “sustained shared thinking” creating and thinking critically, focussing on thinking skills, making links between ideas and using strategies to solve problems. Children were inquisitive and probing in their play.

and magic spells were cast.

The atmosphere was relaxed and the children’s faces were full of joy and wonder. They were enjoying the freedom and the space and challenged themselves to use their bodies in a variety of ways. If they fell they picked themselves up and had another go. Sticks became wands and magic spells were cast. The den became a castle. Imaginative and creative play was going on using whatever came to hand on the woodland floor.

At snack time the children sat around the fire pit. A perfect spot for a song, a story and a natter. The hammock was very popular but not for sleeping in! 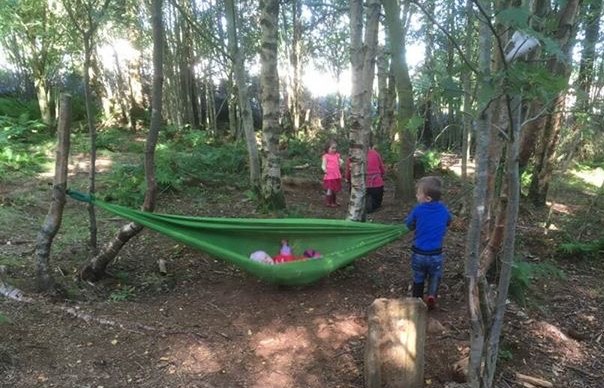 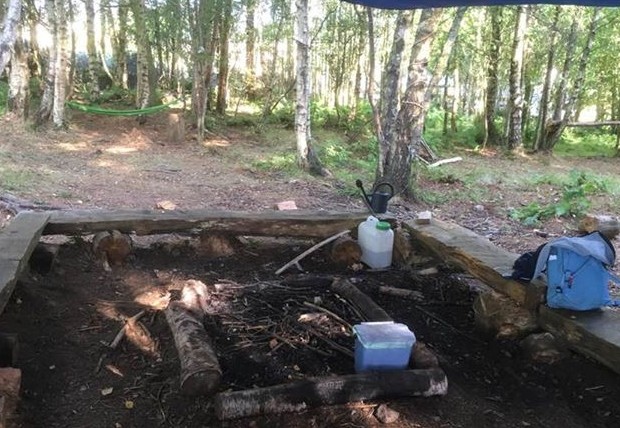 What struck me most was the depth of children’s engagement with the learning environment and with one another. They played together, supported one another, offered advice when climbing the trees and negotiated (with the support of adults if needed) to resolve any disputes. They used language very well to express themselves and share their thoughts and feelings.

One little girl was very keen to show the person from STV the ladybird crawling up her arm “look it’s a ladybird! I can count the spots. It’s a ladybird. Why isn’t it red?”.

I spoke to parents and they love this place. They love the way there children are developing. No mention of the dreaded literacy and numeracy. “It just happens through their play” said one. What they loved the most was the amount of challenging physical activity in the fresh air, the way the children were developing empathy, emotional intelligence, resilience and creativity. A parent told me “this is a joyful, calm, peaceful, non competitive learning environment where children can just be themselves without any pressure”. I agree with them. It was absolutely magical and made me realise just how crucial a kindergarten stage is for children up to age 7. All Scottish children should have access to a facility like Mucky Boots.