How can we have a national conversation about education if teachers are gagged? 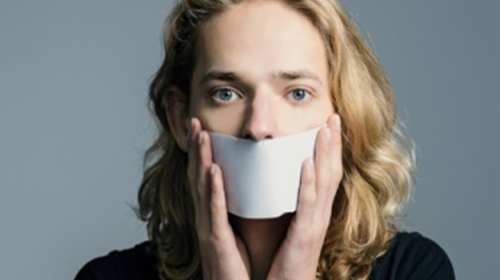 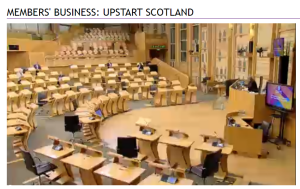 In a Parliamentary debate on 9-3-21 (most contributions via the internet because of COVID), there were many calls for a national conversation about early years education. At the same time as that debate, Upstart Scotland was having such a conversation in its Play is the Way book group (well worth a watch!), during which Dr Suzanne Zeedyk chatted with a couple of teachers via the Zoom ‘Chat’ box.  We don’t know what those conversations were about because they were private, but they were sufficiently upsetting for Suzanne to depart, for a few moments, from her usual quiet, thoughtful persona and become really angry during our onscreen discussion. 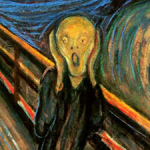 I know exactly how she felt. I’ve engaged in frequent private chats with teachers and practitioners since the Upstart campaign was first mooted six years ago and – when they happen via email or direct messaging – it often ends up with me screaming and throwing things around the room (usually cushions – I’m not completely mad). Anger and frustration get to you!

Many Primary 1 teachers across Scotland are extremely worried about some of the classroom practices they’re required to use with the wee ones in their care. They believe these practices are actually damaging for many children. Yet they can’t speak out publicly about their concerns because employees of Scottish local authorities must sign up to a ‘gagging clause’, forbidding them to criticise the Council in their work capacity. This is the sort of thing:

Upstart is not some sort of revolutionary group – we just want Scotland to introduce a ‘kindergarten stage’ for children between three and seven, the sort of thing that’s normal in Germany and the Nordic countries. What’s more, we have bushels of scientific evidence showing that a kindergarten stage would be beneficial not only in terms of children’s eventual educational performance but also for their long-term health and well-being. Indeed, it could almost certainly reduce the incidence of mental health problems in children and young people, which are at present spiralling out of control. 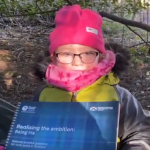 Random adults to whom I’ve explained our aims tend to be all for it. ‘Yes,’ they say. ‘Wee kids need to be active and they spend far too much time indoors these days. Play-based learning till they’re six or seven sounds fine to me.’ And where schools have introduced more play in P1, in response to Scotland’s new practice guidance for early years, Realising the Ambition, parents are hugely supportive.

We at Upstart adore Realising the Ambition. It’s based on well-established developmental science and puts the needs of the individual child firmly at the centre of pedagogical practice. Yet, despite its publication in early 2020, those frustrating private conversations still go on because teachers fear it’s impossible to ‘realise the ambition’ while simultaneously ‘teaching to the tests’ in literacy and numeracy that their pupils are required to sit in P1.

Play Not Tests for P1 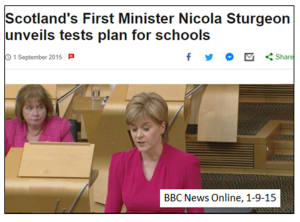 So what are these ‘tests’?  Just after we started the Upstart campaign in 2015, the Scottish Government published its National Improvement Framework, one element of which was the introduction of national standardised assessments in literacy and numeracy, starting in P1.

Anyway, the upshot is that, since 2018, local authorities have been putting pressure on P1 teachers to ensure children perform well in the SNSA, and 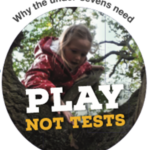 there is an immediate effect on classroom practice. The skills to be assessed become of central importance. If you want to know why we’re opposed to explicit teaching of literacy and numeracy skills at such an early age, it’s explained in the Book Group film mentioned earlier. And if you want to know how our campaign turned into a political hot potato, it’s explained in the Play Not Tests section of our website.

For P1 teachers, the existence of SNSA means they have to spend much of each day teaching skills that are developmentally inappropriate for a great many five-year-olds. A selection of ‘benchmarks’ that accompany the SNSA (see below) gives a flavour of the sort of skills-based teaching involved. 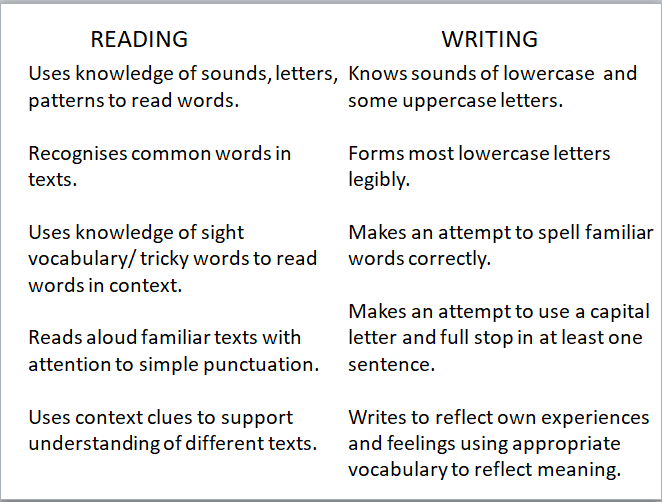 So we’re now in a situation where teachers are being asked to do the impossible. Yet no one who works in education is permitted to express their concern at this early years educational car crash, because the result of speaking out really would be more than their job is worth.

I couldn’t agree more with the parliamentarians who called for a national conversation about early years education. But please could they first ungag the teachers?