But my five-year-old IS ready for school…

‘Our daughter’s bored to tears at nursery. She needs a new challenge.’

‘My wee boy’s already reading and writing and I don’t want him held back.’

Political interest in closing the attainment gap means that Upstart Scotland spends lots of time explaining why play-based learning helps children who find it difficult to settle in school. But there are many reasons why delaying formal education for another year or two would benefit all children, including those who are apparently ‘ready’.  In fact, there are so many reasons that, when I’m arguing the case with the mums and dads who reckon their children are ready, it’s hard to know where to start.

Sometimes I weigh straight in with the Longevity Project – a long-term study of middle-class children described as ‘intelligent and good learners’.  It went on for eighty years, becoming the world’s longest longitudinal study of human health and well-being.  One of its findings (completely unexpected by the researchers) was that an early start on formal education was connected with ‘less overall educational attainment and poorer mid-life adjustment’ than a later start. Since the mid-life issues impacted on both physical and mental health, early-starters also tended to die younger than their peers.

When the project’s findings were published in 2012, Howard Friedman, the chief researcher, wrote:

‘I’m very glad that I did not push to have my own children start formal schooling at too young an age, even though they were early readers. Most children under age six need lots of time to play, and to develop social skills, and to learn to control their impulses.  An over-emphasis on formal classroom instruction – that is, studies instead of buddies, or “staying in” instead of “playing out” – can have serious effects that might not be apparent until years later.’

Since it’s pretty obvious that active outdoor play during the early years is good for children’s long-term physical health, another regular starting point for my Upstart arguments is the huge change in children’s lifestyles over recent decades. In traffic-clogged urban environments, it’s very difficult for parents to get their offspring outdoors and active, especially now that indoor sedentary entertainment is so readily available. A Nordic-style kindergarten stage would help reinstate outdoor play (as often as possible in green places) at the heart of 21st century childhood. 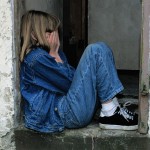 But physical health is only half of the problem. Scotland is currently experiencing an explosion of mental health problems among children and young people – and anxiety, depression, eating disorders and self-harm are increasingly common across the social classes. On the other hand, the Nordic nations – whose young people are exposed to the same social pressures as our own – have an excellent record for childhood well-being.

Nordic kindergartens are based on well-established principles about child development, meaning that no child is pressurised to perform tasks beyond his or her personal developmental level. This also, of course, means that no child is ‘held back’.  So I’m always delighted to reassure anxious parents that, in a high-quality kindergarten, early readers and writers would be encouraged and supported at their own level, just as they would in a loving family home.

But we now know that – in terms of both long-term well-being and educational success – the ability to read and write is less important during the early years (which actually extend to the age of eight in both UN and Scottish policy documents) than the development of self-regulation skills, emotional resilience and a love of learning. There’s now a mountain of research showing that these qualities are best developed through a combination of active, self-directed play and sensitive adult support.

‘Self-regulation skills’ is a shorthand term for children’s autonomous control of their physical, social and emotional behaviour. As active outdoor play has declined, more children – including some academically able children – exhibit ‘challenging behaviour’ during the primary years. Behavioural issues also cause problems for ‘non-challenging’ children, not least because teachers have to spend so much time and energy dealing with the challengers. 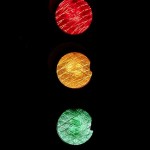 But in countries with an early school starting age,  there are other knock-on effects. Many P1 teachers now feel the need to use ‘behaviour management strategies’ to deal with the increasing number of children who can’t settle in the classroom. The traffic light system, for instance, involves a naming-and-shaming chart: all children start the day on green but their name may be moved up to orange or – horror of horrors! – red if they misbehave. I’ve heard many stories of well-behaved, high-achieving P1s who live in terror of inadvertently putting a foot wrong and moving up the colours. The chances of this happening are, of course, minimal … but the children’s anxiety is no less real. And fearful anxiety isn’t a good starting point for an educational career.

This brings us to the development of emotional resilience, vital for long-term mental health. During the early years, the most significant protective factors for resilience are sensitive adult support and the sorts of ‘safe but challenging’ play-based experiences that develop self-regulation skills. These protective factors also happen to be the developmental underpinnings for ‘intrinsic motivation’ to learn, which is much more productive in the long run than simply trying to please the teacher.

So … if my four- or five-year-old were bored tears at nursery or told me she was ‘dying to start school’, I’d (a) question the quality of education and care at the nursery and (b) wonder whether she might somehow be getting the message that ‘just playing’ is of little value. And if my child were an early reader, I’d be checking that support for his interest in literacy was accompanied by plenty of play-based opportunities to ensure optimal physical, social, emotional and cognitive development.

The years between three and eight years of age are a precious time when all children need time and space to play. Scotland’s extremely early school starting age is an historical anomaly that’s becoming increasingly counter-productive. A dedicated kindergarten stage for three- to seven-year-olds would give every child the best possible chance of success … ‘ready’ or not.