When it comes to education, the Organisation for Economic Cooperation and Development believes in boldness. ‘Ambition’ doesn’t cut much ice for them any more – anyway, Scotland has already done ambition in the Curriculum for Excellence. ‘Vision’ is only useful up to a point (‘However visionary any curriculum is in principle, this makes little difference unless there is successful implementation in practice’). So now, at ‘a watershed moment for CfE’,  Scotland is advised – repeatedly – to be ‘Bold’.

I counted forty uses of the term as I ploughed through Improving schools in Scotland: an OECD perspective published on December 15th… but sought in vain for new ideas on how Scotland could boldly go where no School Improvement Strategy has gone before.

Sadly, the radical change proposed by Upstart didn’t even get a mention (perhaps because Upstart didn’t exist when the report was being written early last year). I had hoped, however, that the number-crunchers at OECD might have noticed that their own data (collected through PISA surveys of educational achievement) provides copious evidence that a kindergarten stage for children between 3 and 7 is educationally beneficial. The report does mention that Scotland’s performance in recent PISA studies is ‘well down’ on that of Finland, Estonia and Switzerland – but not that all these countries have a kindergarten stage till 7.

But then high-flying educational researchers don’t tend to pay much attention to small children. In fact, until two months ago, there had been no studies at all on the significance of the age when children start school in different countries. Let’s hope that the National Economic Bureau’s report The Gift of Time? helps the penny drop. 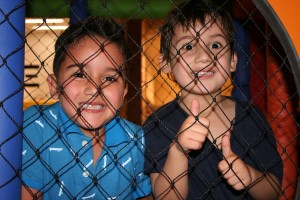 More attention to Early Years would certainly help in one of the areas highlighted by the OECD: child and adolescent mental health problems. Among many references there is one to ‘a small, but increasing, number of children entering primary school with complex difficulties, including nurture and attachment issues’, who would clearly benefit from sensitive support in an extended kindergarten stage and another to the increasing incidence of ADHD, which the Gift of Time study shows is greater in early-start countries.

I was also interested in this paragraph about secondary school students:

[Recent] international surveys register a statistically significant upward trend since the beginning of the millennium in the proportion of students feeling pressured by schoolwork and feeling tense or nervous when doing mathematics. Unless PISA results [in 2016] show a clear change in levels of ‘maths anxiety’ this is an area that warrants close attention in the future, not only regarding students but also their teachers and at all levels.’

The most important level in terms of both emotional resilience and the deep understanding of mathematical concepts is early years. As children’s out-of-school life becomes increasingly pressurised, a longer period of kindergarten education would be highly beneficial in both these respects. 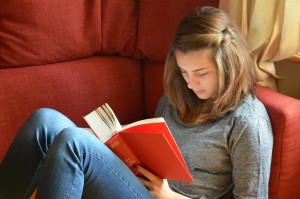 Long-term studies on the Upstart evidence base suggest that emotional problems related to too-early formal education aren’t usually noticed until children reach their teens. According to OECD, levels of stress reported by adolescents are now very high, particularly among girls: ‘The HBSC survey shows that more 15-year-old Scottish girls feel pressured by schoolwork than boys (80% compared with 60%). Indeed, the degree of stress reported by girls is higher than at any time in the past 20 years (Currie et al., 2015)’. Health and Well-being may be central to the CfE philosophy, but we clearly need to pay more practical attention to it, especially in the early stages when the nurturing of emotional resilience pays long-term dividends.

But Early Years gets almost no attention in the OECD report. Most of its recommendations are tediously familiar, e.g.

There is, of course, plenty to celebrate about Curriculum for Excellence – and the enlightened Scottish attitude to education from which it arose – and the OECD is rightly lavish in its praise. But as the report says,

‘Many of the boldest and most visionary curriculum designs have failed in practice. Either the reforms have not spread beyond innovative schools and their enthusiastic and highly-skilled staff or the curricula have been so badly implemented that the practice has born only superficial fidelity to the philosophy.’

Sadly, this so far seems to be the case in terms of the developmental philosophy underpinning CfE’s approach to Early Years. Until it’s sorted out, there will be knock-on effects throughout the system.

So let’s make 2016 the year when Upstart’s case for change comes to the attention of the Scottish public – and help our politicians see that little children need more time and space to learn through play!