AN OPEN LETTER TO JOHN SWINNEY FROM UPSTART SCOTLAND

I’m sure you’re only too aware that there’s no magic bullet for closing the attainment gap. It’s ingrained in the social and economic circumstances in which Scottish children are born, raised and educated. It’s not only a symptom of inequality but a cause of continuing inequality. It’s wrong and shameful and it must be addressed … but significant change will require concerted, coherent action by all sectors of Scottish society over many years, possibly decades.

So I’m writing on behalf of one group of people – Upstart Scotland – who desperately want to help make that change – people who have looked carefully at the evidence about child development and concluded that, for historical and cultural reasons, Scotland is actually perpetuating disadvantage by the structure of our education system. 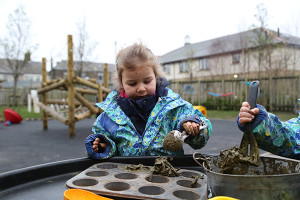 When children start school at the age of four or five, those from disadvantaged backgrounds are on average thirteen months behind their luckier peers in terms of language and problem-solving skills. Yet we expect all children to achieve the same outcomes in literacy and numeracy. Not surprisingly, the disadvantaged kids fall behind, many lose heart, and despite the best efforts of their teachers, fail to thrive in our education system … and so the cycle of disadvantage continues.

Scotland is quite rightly attempting to reduce that thirteen month deficit by investing millions in improving the life chances of disadvantaged children from the moment they’re born, and Upstart Scotland desperately hopes this investment will continue. But we also know that any progress made in children’s first three years will soon be lost unless it is followed through in the next three, when they enter the educational system.

The quality of early years education is therefore of critical importance. It must be coherent and well-resourced. It must take account of every aspect of children’s physical, social, emotional and cognitive development, and of nurturing personal qualities that will help them flourish at school, rather than focusing too early on developmentally-inappropriate academic targets. A year or so in under-resourced childcare, followed by transfer at four or five to a formal school environment where the emphasis is on literacy and numeracy outcomes, is not the answer.

It’s no coincidence that the three western countries that currently score highest in the OECD educational charts don’t send children to school till they are seven. Before then, children are expected to learn in kindergartens, through the medium of play, at their own rate, and with the support of adults specially trained in the science of child development. 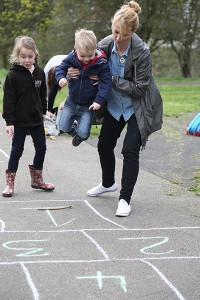 This kindergarten stage allows a few years for all children to enjoy learning in an active, age-appropriate way without the pressure of adult-imposed targets. And, crucially, for those children who arrive at a developmental disadvantage, it gives time to catch up in terms of language, problem-solving and self-regulation skills – qualities upon which success in formal schooling depends. Several years of play-based education, supported by caring well-informed adults, is the best way of creating a truly level playing field for all children’s educational achievement.

Upstart Scotland believes that our country’s extremely early school starting age, combined with an increasingly early focus on the three Rs, therefore compounds educational disadvantage and is far more likely to widen the attainment gap than to close it. We are therefore campaigning for the introduction of a kindergarten stage in Scotland for children between the ages of three and seven. It should have a recognisably different ethos from formal schooling, and be based on rapidly-growing scientific evidence about the importance of play in child development.

Research now shows that play – especially outdoor, active, social, self-directed play – enhances self-regulation, emotional resilience and cognitive development. Yet, over recent decades this sort of play has practically disappeared from many children’s out-of-school lives. The ‘real play’ through which evolution designed young children to learn has been replaced by an indoor lifestyle, largely centred on sedentary, solitary, screen-based activity. These recent cultural changes make it even more important that our education system provides time, space and support for play-based learning in the early years. 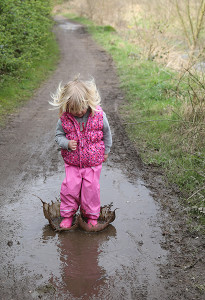 Upstart Scotland has been formed in response to all the concerns described above. It is a very new campaign – launched earlier the month – but already has the support of many hundreds of professionals from childcare and education, health, psychology, social justice, the play sector and children’s rights, as well as parents and organisations such as the Scottish Parent Teacher Council. All these Upstart supporters have concluded that radical change to early years education is now essential – not only to close the attainment gap, but also to tackle the alarming rise in mental health problems among children and young people ( a development which is almost certainly connected with the same social, cultural and educational issues).

Please listen to Upstart’s arguments, Mr Swinney. We’re not suggesting that the introduction of a play-based kindergarten stage is a magic bullet. But we do have evidence that it could give all Scottish children – especially those from disadvantaged backgrounds – a vastly improved chance of becoming successful learners, confident individuals, responsible citizens and effective contributors.